HomeArticlesThe 2 Biggest Mistakes I Made Early In My Career 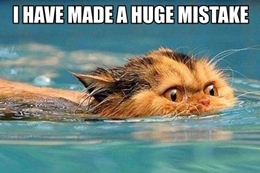 One of the most common questions people ask me is:

What are some of the biggest mistakes you made early on in your career?

I’m human so I did make a lot of mistakes during the learning process in the beginning of my career. But probably the biggest one that I made – was trying to go at this business alone in the beginning.

I’m hard headed. I feel like I’m smart and that if I could just put in hard work that it will just come together and I can handle my business alone.

That is a huge mistake…

It’s a rookie mistake that newbie investors make. I really should have relied a lot more on my power team members, mentors, good relationships, teachers, educators and others to help me propel forward.

Instead, I got stuck in this never-ending battle of trying to figure things out. This was because of my pride and because I was young and naïve.

In reality, I could have probably cut six months to a year of my learning curve if I would have just buckled down, found a mentor and some educators that I trusted – and did what they said.

At one point I did connect up with some of the Jack Miller crew – I went to an event where a friend of mine invited me to hear a guy named Jack Miller speak. He was an old timer, an amazing guy, and the community he created was amazing. (Unfortunately, Jack passed away recently, but I will never forgot him.)

For the first time, I felt like I could get involved with this real estate investing group that Jack ran. By just listening to the mentors, I was able to learn valuable lessons that I needed to know about my REI business and I was able to fast track my success.

Don’t go at this industry alone. It wasn’t until I stopped doing it alone that I really saw success in this business. 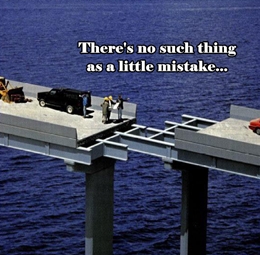 I didn’t put the majority of my focus into marketing.

I was focused on the technical side of investing, how it all works. And in the beginning, I totally took my eye off the ball when it came to the marketing needs.

It wasn’t until my mentor slapped me in the back of the head and said “I’m going to focus you and your number one focus is on marketing.” Then I started generating enough leads that there was no more drought of real estate.

But here’s the thing… I could do a deal a week and then not be able to do a deal for a month.

Instead of a roller coaster ride, it became a smooth ride and I started doing deals consistently because I had enough leads and deals coming to earn a good income and support my lifestyle. And it was all because of marketing.

Once I got good at investing and I had enough leads, that’s when things really took off and I started making the real money that I always dreamed of.

You need to realize the importance of marketing. You simply won’t be successful without marketing for leads. It’s the blood of our business.

I hope that gives you guys some insight and keeps you from making the same mistakes I did.

Remember I said that having a mentor was a HUGE part of being successful? Well, I’ve got my own mentorship program that’s second to none (if I do say so myself). If you want to see what true mentorship looks like, you can find out more here.