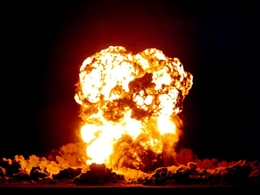 Previously, in Real Deals: The Cowboy Bandit that Almost stole $43,000, we discussed how I negotiated a killer deal by making a solid connection with the seller and building massive rapport – even to the point that her long-time neighbor (the Cowboy Next Door) tried to swoop in and sabotage the whole thing. But, I politely turned the screws a little and still came out with a solid deal under contract.

Boldly Go Where no Man has Gone Before: Yee-ha!

So, my current hurdles at the moment are:

That’s where our story picks back up, and where things suddenly start turning unexpectedly south. But, although things get a little weird, there is still a lot to learn from this experience:

We’re about to enter the 5th dimension beyond that which is known to man. It is a dimension as vast as space and timeless as infinity. It is the middle ground between light and shadow, between science and superstition, and it lies between the pit of man’s fears and the summit of his knowledge. This is the dimension of imagination. It is an area we call the Twilight Zone:

Sometimes the best lessons are learned the hard way, especially in the real estate world.

Keep an eye out for the conclusion, Real Deals: When Buyers and Sellers Conspire Against You (And You Still Net $43K).