HomeArticlesMAO Made Simple: My Fast Formula for Maximum Allowable Offer 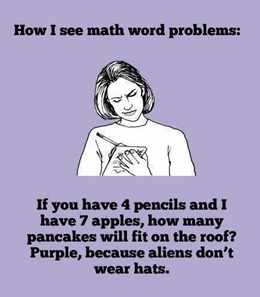 Hey there, guys, today I want to cover a question that I am asked constantly:

How much money should I offer a motivated seller to get a good deal, but at the same time, not take advantage of them?

I totally understand why this is such a popular question. You want it to be a win-win situation, but at the same time, you want to make the best offer and make some money. Also, you want to make an offer that gives you enough of a spread to where you can mark it up and make a profit.

Now, this is where I come to the rescue… I’m going to give you a sure-fire formula that will solve all your problems.

What Is your MO for Making Offers?

Well, my MO when making offers is to use this really simple MAO formula. But first, let’s look at some acronyms:

Okay, on to the formula:

So, for this formula to work, you’ve gotta really try to identify the equity in a deal, so you can figure out how much room you have to negotiate. Just make sure you write this formula down and take it everywhere you go. Then all you have to do is plug in the pieces…

So, we said the MAO is the ARV times the Investor Discount (more on that in a bit). So what is the ARV? This is our best guess at what the property would be worth as if it was fully fixed up.

Here are some ways we get the ARV:

There’s a lot of ways to find ARV. The good news is, when you’re wholesaling, it doesn’t have to be perfect because, in my point of view, if I ask 10 people – I’m going to get 10 answers.

Think of it this way:

If I’m going to part with my hard-earned cash… my cash has a value, so I have to discount the value of that real estate to exchange it for my cash.

So, now you take the ARV and you multiply it by the investor discount (I’ll cover this next). Once you get that number, you subtract out the estimated repairs, which is just gonna be your best guess. 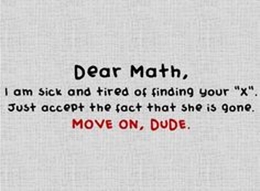 Then I’m going to ask the homeowner: What does the property need?

Here in Arizona, it’s about 25%. So, said another way, investors want to pay, at the highest, $0.75 on the dollar for an investment property. They actually want it less than that and obviously the lower, the better… if you could get a house for $0.50 on the dollar, you’re in good shape, right?

The investor discount really depends on the market you’re in. Guess what it is in San Francisco? 0%!

For estimated closing costs, here’s the general rule of thumb: Think like a rehabber or a landlord. And they think like this:

“When I go to sell this on the open market, I’m probably going to have to pay real estate commissions, which is 3% for the buyer and 3% for the selling agent, so that’s 6%. And then I’ll probably have another 2% in general closing costs. So that’s 8%.”

So, before I can run my MAO formula, I need to know take my Estimated Closing Costs and call my closing agent and say:

Or you can just take 8% times ARV and that’ll give you the estimated closing costs. 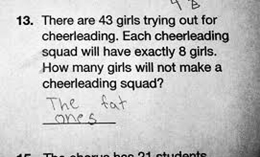 Now you have to determine what you want to make as a wholesaler. You may think along these lines:

I want to make $5 grand. That’s 2 months of pay for what I currently do. I normally make $2,500 a month. I’d like to double my monthly income from my typically J-O-B.

Now obviously, you can’t get greedy, because here’s the thing…

You have to leave what we call “meat on the bones” for those rehabbers and landlords. If you don’t have enough “meat on the bones,” they’re going to stop taking your phone calls, opening your emails or answering your text messages. The next time you reach out to them saying you have a hot deal, they’re gonna say, ‘No, you don’t, I’m outta here, greedy investor, because you take too much of the deal.”

Remember, you always want to create a win-win scenario for everyone, each time.

Final Formula All Plugged In

Okay, let’s put all this together now…

So now, $52,000 is your Maximum Allowable Offer in this example. That means we will not offer a penny more than $52,000 for this property.

Well, that’s it guys. Just remember to write that formula down and keep it in your wallet or on your phone. Then, all you have to do is plug in the pieces, do some simple math and “wha-la!” you’ve got your MAO.

And now that we know the formula to get our MAO – we now have the most we’ll offer, but what’s the next step? That, friends, is what I’ll cover in the follow up to this post. Stay tuned!