HomeArticlesHere’s How to Hire a Top-Notch Acquisitions Manager 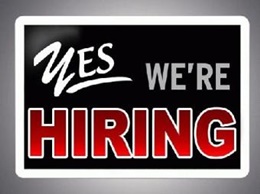 Those of you who follow me know that I’m all about team building. You could almost say I’m a fanatic when it comes to creating a good, solid teams for your business.

Generally, most investors fall into one of these two categories:

You can just glance at those two and know exactly where you fit at this time in your business. Those who are in the latter – a solopreneur – should be looking for more and more ways to have the business operate without your constant involvement.

Recently a friend of mine came to me explaining a dilemma… he wanted to take his business to the next level but was getting burned out. His story, and the advice I gave him will, no doubt, help you too.

Mike had built up his business to about $750M and wanted to take it up to $1M. He was acting as his own acquisitions manager – his wife and his mother completed his team.

He was working two partnerships – one that appeared to be set up correctly and was paying off well – it brought in the bulk of his income. The second, as he described it, was pretty much a headache as the partner kept insisting on changing the terms. Additionally, the partner was out of state, which added to the problems.

Because Mike was so hands-on in his own business, he was very close to burnout. I’m not sure how he had any time to simply enjoy life. It was time for him to move up to the management level.

Right out of the chute, the first thing I told Mike was to cut the cord on that second partnership – the one that was causing him all the grief. I advised him to walk away and not look back.

The next thing I advised Mike to do was hire his own acquisitions guy. I told him:

“Your business will never grow until you have a cracker-jack acquisitions person on board.” 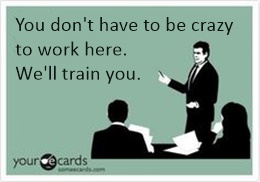 Then I explained that you don’t just hire someone, toss them a script and point them to a phone. That’s the quickest and easiest way to fail.

Ask me how I know!

I failed miserably at this so many times before I learned what I’m going to tell you in this post. I failed because the relationship was wrong from the outset. I hired the wrong people and expected them to do a great job.

Qualifications for Your Acquisitions Manager

Before Mike started his hiring process, he would have to know and understand the qualifications necessary for a great acquisitions guy. And I say to you – don’t hedge on these. Each one is necessary and some are not ‘typical’ job qualifications. You want someone who is:

Consider anything else on top of these as a bonus… if they’re bilingual, familiar with real estate, etc. Those are simply bonuses.

How to Build the Relationship Correctly

Let’s say you’ve found your candidate and that person is ready to come on board. Now what?

I’ve tried going the cheap route and it never works. (That would be the “toss them a script, point them to a phone” scenario.) Again, this is how I failed, repeatedly.

Instead, plan to invest in this person for at least 6 full months. You make no demands on them other than that they will learn to be just like you and will be able to do exactly what you do. And believe me, it will take the full 6 months, especially if they have no prior knowledge of the investing business.

It will be important for them to earn enough to make it through that 6 months, so I always pay a base salary plus commissions. For instance, $3k per month plus $1k for each deal that closes. 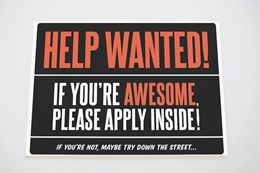 The training system begins with them sitting there watching you and listening to you, hour after hour, day after day… they hear you fielding questions, dealing with objections and negotiating.

Sooner or later, they will want to jump in, but you hold out:

“You’re not ready to talk to my expensive leads that I’ve paid good money for.”

At some point, though – you’ll know when they are ready – you’ll put the seller on hold, you’ll turn to your trainee and ask how they might solve this problem. This way you can tell if they’re getting it.

This is the pattern that I follow to build a top-notch team of people who’re killing it and putting all the competition under. This is how I’ve been able to move up to manager in my own business.

At this point, I don’t even have to come in to work. I call in and say, “Give me a rundown of the deals going on and where we’re at.” Every team member knows what to do – they’ve taken the best of what I can give them.

Because I hired the right people from the start, paid them well and trained them thoroughly, I have the best team around.

Why This Process Works

When it’s time for them to actually get on the phone and go on their own, I take them out and spend about $400 to buy them a new suit. Now when they walk in to work – wearing that new suit – they feel like a million bucks. And then I hand over the headset.

Now they are in the zone and fired up. This position was not given to them – they had to work for it and earn it. This kind of team member will be with you for a long time. And I get a kick out of seeing these young guys rise up and start making more money than they ever dreamed possible.

Years ago, my system was “hire fast, fire fast.” Now it’s “hire slow and never have to fire.”

Take it from me, I know all the ways to fail at hiring team members. It’s such a waste. I’ve tried all the other hiring models, and they’ve never ever worked.

The process that I’ve described here works – it absolutely works.

And this is what I told Mike. This is the path for him to follow so he can eventually take his hands off his business, become a manager and grow his business.