HomeArticlesListen to Your Inner Voice or Suffer the Consequences 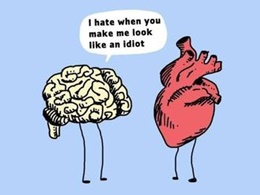 Have you felt like this before? You want a deal so bad you can taste it. I know the feeling, believe me.

I’ve been in this business for more years than I can count, but I’m always on the prowl, hungry for my next killer deal.

But when that voice in your head and that feeling in your gut talks to you – you better listen.

Look, your success in the real estate investment business depends largely on your knowledge, experience, who you know and how well you can build and sustain relationships.

But it also comes down to this BIG thing…

When your instincts – or intuition, as some like to call it – kick in, you need to pay attention. Following your instincts or intuitions isn’t always easy. We keep our eyes on the prize, and most of us will stop at nothing (within legal and ethical limits, of course) to close a deal.

But, that voice of reason, that gut feeling, is there to serve a profound purpose… and the ability to listen to that voice is what separates the rookie investors from the seasoned professionals.

Following your instincts is about getting out of your head, which isn’t easy if you’re a thinking-focused person. I’m not hating on the thinkers here… I’m simply saying that understanding people and ultimately closing deals is sometimes – oftentimes – about feeling your way through a deal.

So pay attention to what and how you feel as you navigate through your deals. Your mind will tell you a deal looks good, but your body may say something different.

Let My Gut Be Your Guide

When you ignore that inner voice, you get screwed. It’s that simple.

Once upon a time I ignored that voice in my head. I wasted precious time (that could have been spent on REAL deals) and valuable resources. 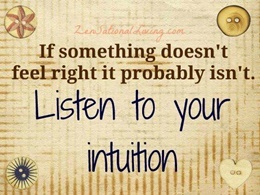 I bought a house at auction, and the owners were still in the property. As expected, I politely and professionally explained that they needed to move. I even offered to help move them. I disclosed to the sellers what I was planning to sell the property for, and in turn, they told me and my partner about an “investor friend” who might be interested in buying the property.

Naturally, we were intrigued. We brought in a contractor to check out the property, and we were stoked because we were about to make a nice chunk of change on this flip. It was actually a win for everyone involved.

But then the bottom fell out and the bomb dropped… hard and fast.

We discovered that the “investor friend’s” terms weren’t even close (like, at all) to our usual terms. In fact, the terms were so far from the norm for us, that I felt uncomfortable with them.

That’s the very moment I should have listened to my gut.

I called the buyer up and said we need to use our title company, close within 7-10 business days and he needs to put $2,500 earnest money. It was like talking to a brick wall. We got nowhere.

I even had my business partner call him – and the same thing – the buyer wouldn’t budge but kept reassuring us that he liked the house and wanted to do the deal.

My inner voice had already been growling at me – but at this point, it was pretty much screaming at me. I should have walked away from this guy.

With this ‘investor,’ it was his way or the highway. So against our better judgement – and my gut – we signed the deal. We agreed to his terms.

About 10 days later, our title officer let us know that she couldn’t get ahold of the buyer – at all. So, we blocked our number and called him – he told us things had fallen apart with him and the old owners (they had agreed to a rent-to-own deal).

The deal was off – but because we agreed to his terms, we had to ride out his 30-day close waiting period (longest 30 days of my life) and wait for his contract to expire. Only then could we re-market the property in hopes of wholesaling it to a real investor – the right way.

By the way – I called the old owners, who told me that the ‘buyer’ was basically trying to rip them off – he wanted $7,500 as the option deposit, a premium monthly rent, and wanted them to close within 12 months for all cash for about $65,000 more than he was buying it from us! This was a foreclosure – there’s no way the owners could do that. He was just taking for them an expensive ride.

Only one person should be in control of your deals. Yep, you guessed it…

So listen to that inner voice, follow your gut instinct and pull the ripcord if a deal doesn’t feel right.