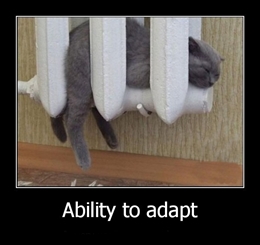 Today, I want to talk directly to new investors about being adaptable and the rewards that brings you.

But the sweet thing about today’s lesson is that it most definitely also applies to long-time investors – it’ll certainly serve as a good reminder.

I picked up a 4-plex at an auction. When I first embarked on this project, I was planning to wholesale the property to an investor who was gonna do all the work themselves.

What I quickly realized after marketing the property for a couple weeks – at a HUGE discount – was that nobody seemed interested in taking on the project. But, I did have a lot of people call and tell me that if it was already fixed up and rented out, they’d buy it.

So right then, I changed plans. I adapted to what the market and its investors wanted.

Because of that, I was able to quickly get an investor under contract, pre-rehab for about $25K more than what I would have made had I been stubborn and stuck to my initial wholesaling plan.

Despite having to change gears… actually, scratch that, because I changed gears, it ended up being a really profitable deal.

Of course, I had to put some more money together to do the full rehab, but I ended up making a lot more money on the other side of the deal.

Just Roll with It

This just goes to show you how important it is for you, as an investor, to just go with it. 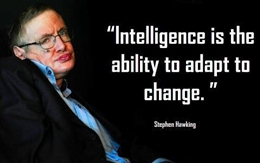 Let your market tell you where it wants you to go.

When you get into a deal and you realize that the market isn’t responding to the deal the way you thought it would – whether you’re marketing to wholesalers or rehabbers or retail buyers – you’ve got to be able to be agile and nimble and adjust to the market, which means you’ve got to interpret what the market does want from you, not necessarily what you want to put out there.

Look, there are no perfect investors, heck even The Donald has admitted that he’s gotten into deals that became unexpectedly challenging.

The successful investors stop trying to cram a square peg into a round hole – rather than continuously trying to jam it in there, they recognize the situation and adapt by finding a square hole. Listen to the market, be nimble, and give the market what it wants.