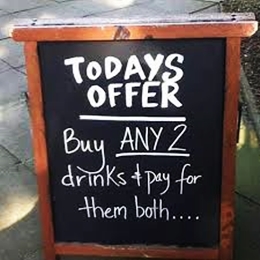 Hey there, folks. So we’re back Sperber style with the sequel to my last awesome post, MAO Made Simple: My Fast Formula for Maximum Allowable Offer. But before we dig any further into today’s follow-up post, let’s do a recap because that material is pretty uber important leading up to this.

We learned that the formula for calculating the Maximum Allowable (MAO) offer is this:

If you aren’t sure what these acronyms stand for or which numbers you should plug in where, I suggest you click on the link above and read through the previous post. This way, you thoroughly understand the formula so you know what the heck I’m talkin’ about today.

For the rest of us, let’s go ahead and pick up where we left off.

Okay then, so where were we? Ah, yes…

We ended the previous post with an example scenario in which we determined the MAO of a property to be $52,000:

This means we know we will not make an offer to the seller above $52K. So what’s the next step?

Well, we go to the seller and ask: “How much do you want?”

Is it okay to take an offer that is higher than our MAO?

MAO Is a ‘Gut Check’

Yes, you do take the offer! Here’s why…

The reason for finding the MAO is simply for a gut check. It’s not a hard line in the sand. It just gives you something to shoot for, but here’s the beautiful thing about wholesaling: 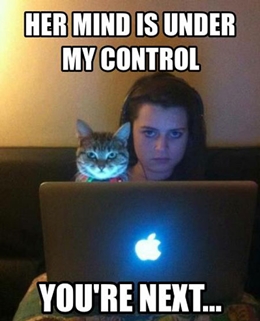 It’s no money down; it’s risk-free.

And when I go to a seller and I say: “I will buy your house for $60,000, AND pay cash and close in two weeks,” I’m not lying to them. I’m actually telling them the truth. It just isn’t going to be my cash. It’s going to be somebody’s cash. But, it will definitely close with cash, which is what’s important; there won’t be any financing on the deal.

So, I’m going to take my contract to my fellow investors and say:

“I have control of this off-market deal. Does anybody want it for $65,000? It’s worth $100K, but it could be worth more. It could be worth $105K, $110K or maybe more depending on the work you do to it to fix it up. You might add a bedroom, a bathroom, additional square footage, all of which adds value. Maybe, we even have different perceptions of value… I estimated it’ll be worth $100, maybe you estimate it’ll be worth $115K.”

And then all of the sudden an investor says:

Yesss! Now you know the value of that house. I have it under contract for $60, but somebody offered me $55, so I’m going to go back to the seller and…

“Listen, we are all about the house. I love working with you. I really want to do a deal with you. We’re there but there’s some new information that has come available. We are cash investors and I can’t get into a bad deal. I don’t want to earn a lot of money on this but I want to earn an honest living.

So, I just want to put our heads together… We’re two smart people. My partner is starting to go sideways on me; he’s looking at another deal that we’re about to pull the trigger on. We can’t do both. Is there any way that you’re going to be flexible? Because if you are, I think I can get the deal done at $50K. I know we said originally $60K, but if we can do it for $50K, I can get it done and closed by Wednesday. What do you say?” 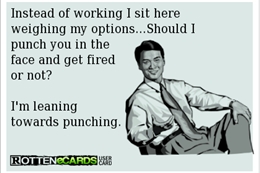 Here’s another option: You could rehab it yourself. It’s still a good deal at $60K; you just don’t have enough spread to make money as a wholesaler. But you could certainly borrow the $10K from a private lender to fix it up.

There’s always plenty of options. In this situation, we have three good ones:

Here’s the thing to remember, you want to put yourself in so many situations that you have 10 or 15 houses under contract at the same time. And, 10%-20% of them, they’re going to turn into no deals. You’re going to have to cancel the contract and walk away. That’s okay. Sometimes it happens. It’s part of the game.

Get in the Game

So, there you go… that’s the nuts and bolts of this concept of the Maximum Allowable Offer formula. If you want to step into the big leagues, you have to put yourself out there. Put yourself in these situations where you’re constantly getting houses under contract and having that control.

Put on your marketing hat every single day, build relationships and set up lots of meetings. I’m constantly trying to network and put myself and our team out there, so we can build as many relationships as possible. That’s the name of the game.

Now it’s your turn to get to it.

See ya next time!