Welcome to Part 1 of a 3-part blog series that allows you to follow me on an amazing journey of one special and crazy deal. There are any number of valuable lessons to be learned here… plus, it’s a captivating story.

Once Upon a Time…

So, nine years ago, I was young in age and young in the business. In many instances, I had no idea what I was doing. I was just trying to get to a point where I could pull deals together. I’d never done a creative deal in my life when I got a phone call one day from a guy named Keith. I had met Keith at a local networking event – he had my card and he called me to tell me about a possible deal.

1st important lesson: Networking is crucial in this business.

So, Keith told me he couldn’t afford to do this deal himself, but he knew the sellers were motivated to sell. They were a retired couple who wanted to sell their house and move to Oklahoma for their retirement. The house was on the west side of Phoenix.

Keith said they were open to a creative deal – they just wanted to move already. It wouldn’t work as a wholesaling deal because they wanted too much money and were unwilling to take a discount.

All I’d ever done were traditional wholesaling deals, so trying to think creatively to make this deal work was all new to me. But I agreed to take it on.

Keith and I went together to talk to the couple so we could get more information. The upshot was that at the present time, all they wanted was enough money to make their move. They were asking $157k for the house and they were stuck on that amount. I knew that amount was actually close to what it was worth. And they owed $85k.

With all of this gained info, I told them I thought I could come up with a creative way to make this work, but I still needed more information.

So I toured the property and found out it was larger than most of the other properties in the area – about 2,800 sq. ft. Other houses were around 1,500 sq. ft. It was situated in a cul-de-sac. I liked it and thought it would make a great rental property.

I ran some numbers and was prepared to offer them the $157k they asked for. I offered to pay them $2,500 out of pocket for their moving expenses. And I planned to pay Keith $500 cash for his referral fee.

My first creative idea was to set up a subject-to transaction. Here’s a brief explanation of a subject-to mortgage: 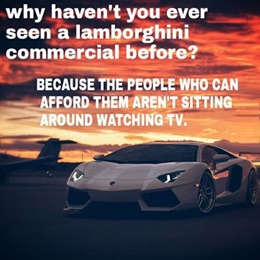 So for this particular deal, doing a subject to meant that for 5 years, I’d take over paying the monthly mortgage payments. These would be principle-only payments. Any equity that was created would go toward paying down the $157k. At the end of the 5 years, I would refinance and pay it off.

The sellers were open to this idea but were concerned about whether I’d actually do as I said – pay the mortgage. I told them I needed to make some phone calls in order to iron out the details, which would hopefully provide some helpful information that would ease their concerns. They were okay with this arrangement.

Um by the way, remember, I had no idea what I was doing – I was totally winging it.

But, the sellers had already had other investors come along offering them discounted prices, and now I came along and offered their asking price. I had their full attention. They were okay with waiting 5 years because they didn’t need the cash.

I then called my closing agent and explained the situation to her. And she said:

“Why do a subject to where there’s a lot of risk and exposure? Why not do a wraparound mortgage?”

Well, because I didn’t really know what a wrap mortgage was, that’s why! So I needed her to explain it to me.

2nd important lesson: You must have a smart and qualified closing agent on your power team. I am SO thankful I did.

A wraparound mortgage, more commonly known as a “wrap,” is a form of secondary financing for the purchase of real property. The seller extends to the buyer a junior mortgage, which wraps around and exists in addition to any superior mortgages already secured by the property. Until the last payment is made, the wrap is not closed out. Bank is not notified.

The sellers had an underlying mortgage to Chase for $80k+. So, we could create a second mortgage for the difference between what is owed to Chase and the $157k – then wrap those two together. It would be serviced through a servicing company, Fidelity, for a fee of $8/month – this way, the sellers would feel confident knowing that I would make the payments.

Instead of paying directly to Chase, we’d create a new mortgage, which is the wrap mortgage. The property would be in my name, but Chase wouldn’t be tipped off to the fact that the property was no longer in the sellers’ names – we’d wrap the second lien and pay it.

I would collect rent from a tenant, pay the servicing agent and the sellers would be notified of the payment. It’s all clean and there’s a record being kept of this deal.

I was definitely okay with this because it was cleaner than a subject to and not as much paperwork. The title was immediately put into my company’s name.

With a subject to, unless you shield it with a trust, the bank that provided the loan can see that the deed moved over. In a wrap around, until the last payment is made, the wrap is not closed out. So for 5 years – even though the property is in my name – there is still a structure from the bank’s point of view that the property is still controlled by the owner.

It’s almost like a seller-financing deal but leaving the original financing in place. The owner is still responsible for the mortgage even though I’m paying it. The bank is never notified of the deed transfer because of the way the wrap language is in the wrap deed. It’s not like a traditional deed. The servicing company not only pays Chase, but they notify the owners that the payment has been made each month.

My closing agent explained that it requires only a simple Purchase and Sale Agreement to execute.

I called the sellers and made an offer for $157k. They agreed and the closing agent created the paperwork. I put up a $250 earnest money deposit, and I put money in escrow to pay $2,500 to the sellers and $500 to Keith, then the escrow account was closed out. I was off to the races…

There were 3 reasons why I got excited about this deal:

It was a winner any way you looked at it.

Well, investor friends, here’s a nice and tidy spot to break for now…

In Part 2, you’ll see that I was right about this deal, yay for young and green Cody! It turned into a regular cash cow for me – well, for a season anyway. It wasn’t all unicorns and butterflies, though. You don’t want to miss the next installment in which my story gets even more interesting…