HomeArticles5 Reasons Your Best Buddy Will Never Make It 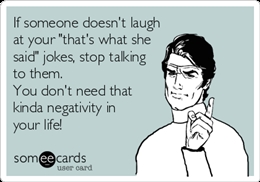 This can be a touchy subject, I know, so let me say it another way…

There are 2 types of people: Those that make it and those that don’t.

Well today I’m going to tell you how to be in with the REI cool kids that make it…and the reasons your BFF most likely won’t.

Reason #1: Your BFF is Completely Nuts

That’s right. You heard me… THEY. ARE. CRAZY.

These crazy people do the same thing every day, all day with the same people. These are your same ol’ – same ol’ people. They are stuck. They only put so much time into their goals and only try so hard… again and again.

Why does this make them insane? Because Albert Einstein said so:

“Insanity: doing the same thing over and over again and expecting different results.”
~ Albert Einstein

On the other hand, trying too many new things and bouncing from one thing to another can also keep you from being successful. They say to be successful, you should truly commit to something for 30 days (but that is a whole different lesson).

So, stay away from those crazy people…

Reason #2: Your BFF is Ignorant

That’s right, I said it – ignorant. They don’t feed their mind so they never learn anything.

Instead of going out and learning how to succeed in life, they spend their time doing something else. Instead of reading or going to seminars, they are playing video games or going to parties. (Then they wonder why they are not succeeding…)

You have 2 choices of how to spend your time. You can either:

So my advice to you is to choose the latter and quit hanging out with ignorant people. They will influence you to waste your time. Time is invaluable and you can never get it back.

Reason #3: Your BFF Doesn’t Have Balls

Don’t surround yourself with people that are scaredy cats and afraid to take risks. Go find some friends with balls. Yes, I am talking to women too. (I am in no way sexist.) Grow some balls. Go out there and take some risks or nothing is ever going to happen. 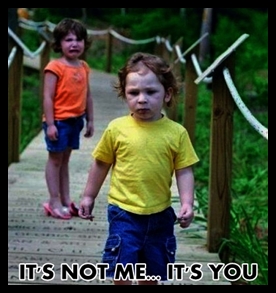 The first step toward getting somewhere is to decide that you are not going to stay where you are. (I don’t know who the heck said that, but I couldn’t have said it better.)

Some people are so scared of failing that they don’t try. Subconsciously, they are terrified of what they will think of themselves (or what others will think) if they actually gave it their all but failed… so they don’t take any risks. These people just do enough to say they tried and it just didn’t work.

One of my mentors once said:

Successful people change their mentality and their logic. They realize:

Investing is a calculated risk based on education, experience and hard work, and this is a risk they are willing to take because they have all that. They are not afraid to bet on themselves. They have done everything to prepare for success because they want it badly enough.

Your BFF isn’t going to make it because they don’t put in the time for education, experience and hard work. When it comes to taking risks, a confused mind says “no” and is full of fear.

#4 Your BFF’s Brain is Full of Junk

When I say they have “junk” in their brain, what I’m talking about is limited beliefs. They always have excuses they tell themselves and others as to why they aren’t successful: 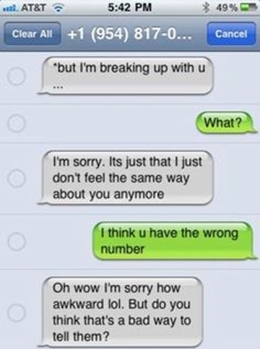 … I don’t have the resources.

… I don’t have the technology skills.

… I’m horrible at talking to people.

… I don’t have the money for the education I need.

These people have an insidious mentality that leads them into thinking:

What these people don’t realize is that we all have these thoughts… these demons. But the difference is the successful people fight through them.

They don’t see that successful person’s hard work behind it all; the nervousness when they go to meet that seller; the panic when the contract is about to end and they don’t have a cash buyer.

Reason #5: Your BFF is a Natural Born Loser

We talked about this one briefly, but it has enough gusto to stand on it’s own.

Basically, your buddy believes he is jinxed… unlucky in life… destined to be a loser. These people think that all the effort, time and education will end up wasted and that their ego will be broken.

They only see the glory of the successful people. They don’t see the hard work behind the scenes. They are unlucky victims that just don’t get breaks.

Time to get Real

If any of these people that I described sound like some of your friends, surround yourself with different people.

“Surround yourself with only people that are going to lift you higher.” 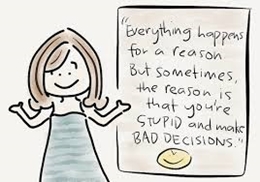 The Bottom Line: Losers vs. Winners

1. Failures do the same things and get the same results, winners commit to something for 30 days until they find what works best for them.

2. Failures are ignorant and don’t make an effort to change it, while winners strive to educate themselves.

3. Failures are afraid to take risks, but winners fight through this fear and are willing to bet on themselves because they have the know-how.

4. Failures have confused minds and limited beliefs, whereas winners tackle these demons and work to achieve a positive mentality.

I hope my bluntness doesn’t offend anyone… I’m just being open and honest. I hope I gave some of you some clarity on the importance of maintaining positive influences for a healthy mentality.

See ya next time. Until then…