Who is Cody Sperber? 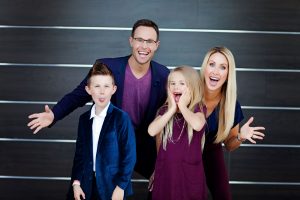 Cody Sperber is widely acclaimed as one of the most successful real estate investors and leading educators in the U.S. today. He started with no money to his name, sitting at his laptop in his then-girlfriend’s (now wife’s) kitchen, trying to flip properties to a small email list he managed to finagle together. After a few years of trial and error, including more than a few painful mistakes and shaping lessons in the school of hard knocks, he eventually cracked the code and has since been on a massive profit and growth track.

Today Cody has flipped 1,000+ deals and counting, worth around $200M or so thus far. In the process he’s had his hands in all manner of real estate transactions including wholesale deals, short sales, multi-unit, subject to, lease options and his own proprietary investing strategy, the Reverse Short Sale.

Today he’s widely known as “The Clever Investor” by his friends and colleagues, a nickname he earned for his use of highly creative strategies, innovative thinking, and an uncanny ability to generate buyer and seller leads at will.

Cody lives in Phoenix, Arizona with his best friend (his wife) and their two beautiful children (Hudson and Brynlee). They are his “reason why”.

Cody Sperber grew up in Mesa, Arizona believing he wanted to be a 9th grade history teacher.  Once he realized what 9th grade teachers actually made each year, he put his teaching interests on hold, quickly switched gears and joined the United States Navy instead.

During his time at ASU Cody witnessed a friend flip a house and make over $80,000. With his mind officially blown, he realized his friend had no special skills, resources or knowledge that he couldn’t get himself, and saw no reason he couldn’t follow suit and do exactly the same thing. So all fired up, he promptly began researching how to become a real estate investor.  A passion was ignited and Cody began focusing full time on his new investing career.

Unfortunately, after only one year of trying desperately to “crack the code” and live the investor lifestyle, things fizzled. Cody gave up on his dream and got a job as a bookkeeper for a local developer.

Lesson Learned: “Winging it” was not the way
to become a successful real estate investor.

Over the next 12 months, Cody focused on being the best bookkeeper he could be, but at the end of the day always felt unfulfilled and a little guilty – like he had thrown in the towel on his dreams.

During this time a good friend of Cody’s (Zack) invited him to an event in San Francisco by real estate investing “old timer” Jack Miller.  Having been to countless seminars and bought dozens of real estate books and courses through his first year in the business, Cody refused.  Thankfully Zack was annoyingly relentless and persistent (like any good friend should be).

Finally, Zack’s incessant nagging coupled with his sheer unhappiness at being trapped in the rat race compelled Cody to give it one last shot. He gave in, and followed his friend Zack to the “old timer” seminar.

This turned out to be the best decision he ever made in his entire real estate investing career.

This event was a monumental turning point for Cody. For the first time, he was able to experience what real-life real estate investing looks, tastes, feels and smells like. Not a glossy, hyped-up, made for TV real estate investing – but a room full of authentic experts, true “players” who had been profitably investing for the better part of their lives.

Feeling reinvigorated and re-inspired from interacting with and learning from so many happy and truly successful real estate investors, Cody decided to jump back in the game and really do it right this time.

This time would be different. This time nothing would stand in his way.

2nd Lesson Learned: Sometimes you just have to connect
with and learn from the right people. (Key word: right)

Quickly realizing he couldn’t do it on his own, Cody found his first real estate investing mentor at that event – Lyle.  Lyle spent the first few weeks helping Cody restructure his real estate investing business, integrating the right technology and business systems, and showing Cody how to generate high quality real estate leads.

Then as the leads quickly started pouring in, Lyle taught Cody the art of transactional engineering and Cody quickly became a master negotiator.  Within the first 3 months of hiring his first mentor, Cody’s made enough money to quit his job and focus on real estate full time.

Over the next year Cody flipped over 50 houses and started building a cash-flow rental portfolio. Specializing in wholesaling real estate, Cody quickly built one of the largest and most responsive “cash buyers” lists in Arizona, and his websites for buying and selling real estate ranked #1 on Google for all major search phrases.

Lesson Learned: Success leaves clues – You can walk a much shorter, easier, faster path to success
than the school of hard knocks will give you. The key is finding an experienced mentor to guide you.

To this day Cody’s mentor Lyle is heavily involved in Cody’s “inner circle” and is extremely proud of Cody as the student became the teacher and started mentoring others on how to build wealth through real estate investing.

Cody’s real estate success has since skyrocketed. Even as the economy and real estate markets have swung up and down and back up again recently, Cody’s business and profits have continued on an strong upward trend – thanks in large part to his uncanny ability to notice trends, and to cleverly shift his investing strategies to position himself to profit nicely in front of them, rather than being caught by surprise.

At this point, Cody has cracked the code on consistently making great money in real estate investing, regardless of what kind of market or economy we’re facing at any given time. There is always great money to be made in real estate – you just have to know where to look and what to do. And this is something Cody has mastered over the years.

Cody the Teacher and Trainer 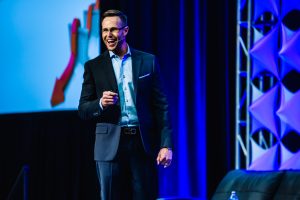 Today Cody has closed 1,000+ real estate investing deals, worth $200M and counting and continues at a pace of about 7-15 real estate deals per month.

In recent years Cody’s desire for pouring into others through teaching has been rekindled. Educating and empowering others is in his DNA. So after having made a small fortune in real estate investing, he decided it was time to begin teaching others how to build wealth by following a similar path. So he carefully mapped out all the real estate investing strategies and tactics that have been the most profitable for him for years, plus the business and marketing systems that have really set him apart from most everyone else in the industry.

Today Cody has had the pleasure of walking alongside and helping literally thousands of people down the path of becoming successful, profitable real estate investors. The real estate dream is alive and well, and more achievable than ever before.  The reason Cody creates more successful students than any other real estate investing educational company or mentorship program is because he believes in teaching time-tested, proven real estate, business and marketing systems, not “get rich quick” schemes. Like a franchise, a successful real estate investing business must have proven systems to plug in and a “blueprint” to follow that will allow anyone to begin making money as fast as possible.

Lesson Learned: Simple, tried and true systems work because you shouldn’t have to
think before taking action.  Just follow the proven steps, connect the dots, rinse and repeat.

Proof is in the Pudding

Does Cody still practice what he preaches? Is he still doing real estate deals today, in the current market? Yes! Unlike so many “experts” you may encounter teaching real estate investing, Cody is an extremely active real estate investor who buys, sells and rents properties day in and day out. It doesn’t even feel like work because he’s a total real estate addict, always on the hunt for his next deal fix. 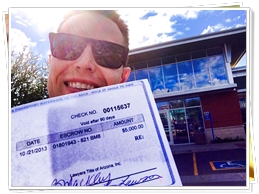 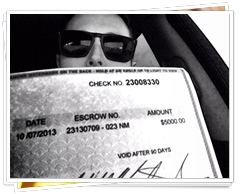 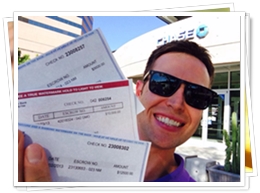